How Dark can I tint my windows in Missouri? 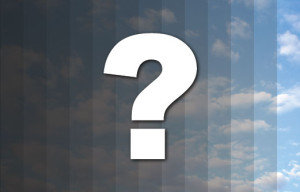 Missouri window tinting statutes (laws) for window tint application for cars and trucks are vague and fairly simple. Meaning Missouri has very lax restrictions on window tinting. Statute 307.173 States that all Missouri registered vehicles are allowed to have 35% or lighter window film on the front driver and passenger roll downs with a visual light transmittance accuracy of plus or minus 3% (so 32% darker-38% lighter). The statute also states that any aftermarket film installed on any windows must have a light reflectance of less that 35% as well. This will make most mirror type film illegal in Missouri. The statue does not make any reference to windows rear of driver so there are no regulations on rear windows. Which means they may be tinted any way you like. On the front windshield the law states that you are allowed to have tint on the front windshield on the upper portion of the window. However, the statue does not make any mention of how large of an eyebrow you may have. It simply states that the eyebrow size can not interfere “with the driver’s normal view of the road.” Then goes on and says at a size that is normally tinted by manufacture. This is about an vague of a window tinting statue I have seen. Our recommendation would to be not to tint the front windshield below the federal guidelines which is the AS1 line found near the top of the windshield.

Missouri has two exceptions to the window tinting laws above:

The above tinting laws are null and void if:

Rear of driver: as dark as you want any light reflectance
Front passenger and driver roll downs: 32% -or lighter window tint 35% reflectivity.
Front eyebrow: Vague and opinionated. we recommend to the government AS1 line.